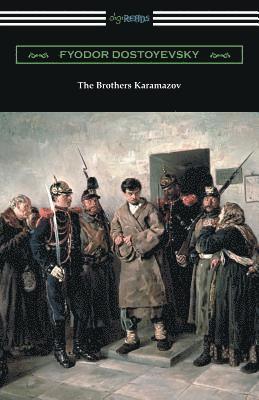 Fyodor Dostoyevsky’s final novel, considered to be the culmination of his life’s work, “The Brothers Karamazov” is the story of the murder of Fyodor Pavlovich Karamazov, whose four sons are all to some degree complicit in the crime. Fyodor is a contemptible man who during his two marriages has three sons, Dmitri, Ivan, and Alexei. A fourth, Pavel, whom he employs as his servant, is suspected to be the illegitimate product of a union with “Reeking Lizaveta,” a mute woman of the street who died in childbirth. Fyodor takes little interest in the raising of his children and as a result finds himself in a contentious relationship with them. Within the context of this crime story evolves a brilliant philosophical debate of religion, reason, liberty, and the nature of guilt in a modernizing society. Considered by Sigmund Freud as “The most magnificent novel ever written,” Dostoyevsky’s “The Brothers Karamazov,” remains to this day to be regarded as one of the finest accomplishments of literature in any language. Through the lives and loves of the Karamazovs, Dostoyevsky presents a compelling examination of Russian life in the 19th century. This edition is printed on premium acid-free paper and follows the translation of Constance Garnett.