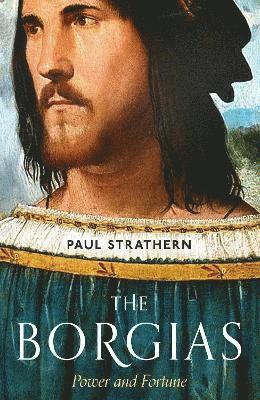 'A wickedly entertaining read' The Times A Daily Mail Book of the Week The sensational story of the rise and fall of one of the most notorious families in history, by the author of The Medici. The Borgias have become a byword for evil. Corruption, incest, ruthless megalomania, avarice and vicious cruelty - all have been associated with their name. But the story of this remarkable family is far more than a tale of sensational depravities, it also marks a decisive turning point in European history. The rise and fall of the Borgias held centre stage during the golden age of the Italian Renaissance and they were the leading players at the very moment when our modern world was creating itself. Within this context the Renaissance itself takes on a very different aspect. Was the corruption part of this creation, or vice versa? Would one have been possible without the other? From the family's Spanish roots and the papacy of Rodrigo Borgia, to the lives of his infamous offspring, Lucrezia and Cesare - the hero who dazzled Machiavelli, but also the man who befriended Leonardo da Vinci - Paul Strathern relates this influential family to their time, together with the world which enabled them to flourish, and tells the story of this great dynasty as never before.
Läsglädje för alla, varje dag