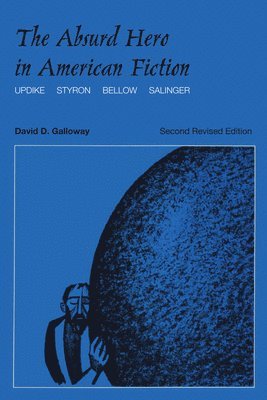 The Absurd Hero in American Fiction

When The Absurd Hero in American Fiction was first released in 1966, Granville Hicks praised it in a lead article for the Saturday Review as a sensitive and definitive study of a new trend in postwar American literature. In the years that followed, David Galloway's analysis of the writings of John Updike, William Styron, Saul Bellow, and J. D. Salinger became a standard critical work, an indispensable tool for readers concerned with contemporary American literature. The New York Times described the book as "a seminal study of the modern literary imagination. David Galloway, himself an established novelist, later extensively revised The Absurd Hero to include authoritative discussions of more than a dozen novels which had appeared since the first revised edition was released in 1970. Among them are John Updike's Couples, Rabbit Redux, and The Coup; William Styron's The Confessions of Nat Turner and Sophie's Choice; and Saul Bellow's Mr. Sammler's Planet and Humboldt's Gift. Through detailed analyses of these works, Galloway demonstrates the continuing relevance of his own provocative concept of the absurd hero and provides important insights into the literary achievements of four of America's most influential postwar novelists.
Att läsa är att resa