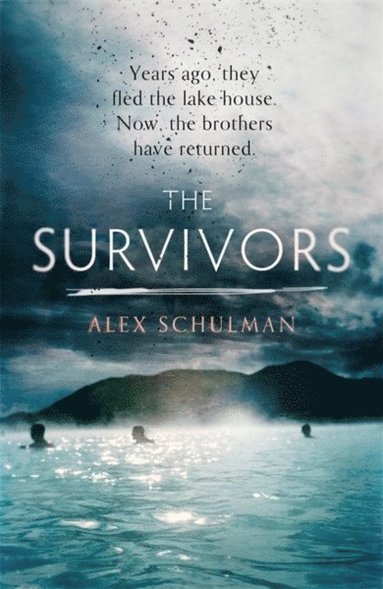 Benjamin sees the shape of his two brothers trying to kill each other. It's no worthy finale, but perhaps it's also no surprise. How else had they expected this to end?

Three brothers return to the family cottage by the lake where, more than two decades earlier, a catastrophe changed the course of their lives. Now, they are here to scatter their mother's ashes.

Benjamin, the middle son, drives the three of them down the old gravel road to the house, through a familiar landscape but also through time. Here they are as boys, tanned legs and hungry eyes, children left to themselves by remote parents; here they are as young men, estranged but bound together by the history that defines them, their lives spent competing for their father's favour and their mother's love in a household more like a minefield than a home.

In the intervening years, Benjamin has grown increasingly untethered from reality, frozen in place as life carries on around him. And between the three brothers hums a dangerous current. What really happened that summer day when everything was blown to pieces?

The Survivors is the tale of a family falling apart and a chronicle of a mind unravelling in the wake of a tragedy, both a coming-of-age novel and a reckoning with a deeply buried past. Written with singular elegance and the drive of a suspense novel, its ending will leave you marvelling at what the best fiction can achieve.
Läsglädje för alla, varje dag