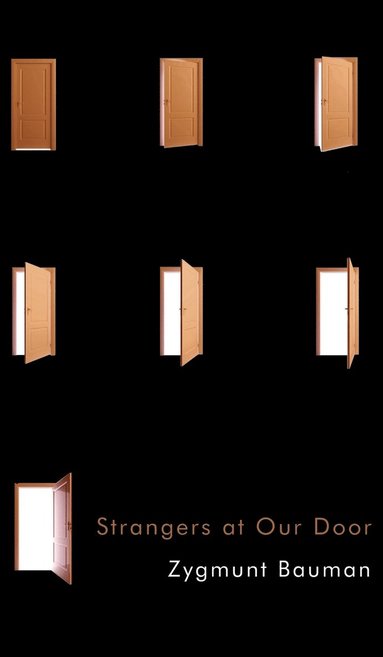 Strangers at Our Door

Refugees from the violence of wars and the brutality of famished lives have knocked on other people's doors since the beginning of time. For the people behind the doors, these uninvited guests were always strangers, and strangers tend to generate fear and anxiety precisely because they are unknown. Today we find ourselves confronted with an extreme form of this historical dynamic, as our TV screens and newspapers are filled with accounts of a 'migration crisis', ostensibly overwhelming Europe and portending the collapse of our way of life. This anxious debate has given rise to a veritable 'moral panic' - a feeling of fear spreading among a large number of people that some evil threatens the well-being of society. In this short book Zygmunt Bauman analyses the origins, contours and impact of this moral panic - he dissects, in short, the present-day migration panic. He shows how politicians have exploited fears and anxieties that have become widespread, especially among those who have already lost so much - the disinherited and the poor. But he argues that the policy of mutual separation, of building walls rather than bridges, is misguided. It may bring some short-term reassurance but it is doomed to fail in the long run. We are faced with a crisis of humanity, and the only exit from this crisis is to recognize our growing interdependence as a species and to find new ways to live together in solidarity and cooperation, amidst strangers who may hold opinions and preferences different from our own.
Läsglädje för alla, varje dag