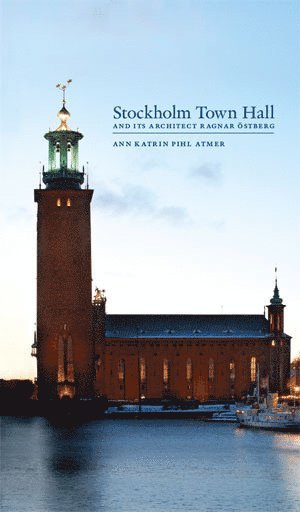 Stockholm Town Hall is the most famous building in Sweden and, thanks especially to the annual Nobel Banquet, it has become a symbol of both the city and the nation. The magnificent Tower, with its three Golden Crowns, is recognised worldwide. This book is the first to give a complete account of this splendid building and the complicated history of its creation. Ragnar Östberg (18661945), its architect, developed a working environment in which he and his colleagues fellow-architects, artists and craftsmen all contributed the best fruits of their imagination.

The Town Hall, with its pictures and statues, its furniture and textiles, is a work of all the arts. Ann Katrin Pihl Atmer describes the whole process by which this stately building took shape, from the Citys decision in 1911 to erect a Town Hall, to the opening ceremonies on Midsummers Eve, 1923.

Ann Katrin Pihl Atmer is an architectural historian and Associate Professor of the History of Art. She has been a Curator of the Swedish Museum of Architecture and a Lecturer at Stockholm University.
Läsglädje för alla, varje dag