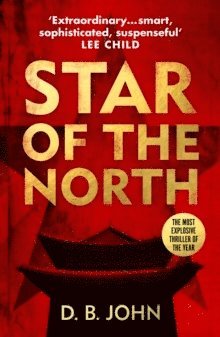 Star of the North

A young American woman disappears without trace from a South Korean island. The CIA recruits her twin sister to uncover the truth. Now, she must go undercover in the world's most deadly state.  Only by infiltrating the dark heart of the terrifying regime will she be able to save her sister.and herself.

Star of the North is the most explosive thriller of the year - you won't be able to put it down.