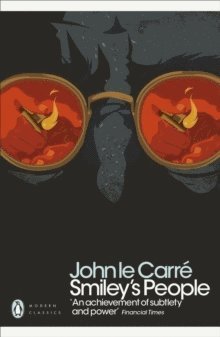 A Soviet defector has been assassinated on English soil, and George Smiley is called back to the Circus to clear up - and cover up - the mess. But what he discovers sends him delving into the past, on a trail through Hamburg and Paris to Cold War Berlin - and a final showdown with his elusive nemesis, Karla.

'We are all Smiley's people, a kind of secular god of intelligence' New Yorker.