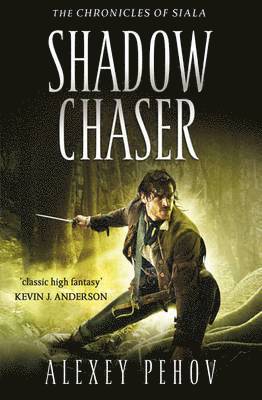 Shadow Harold, master thief, is in over his head. When he accepted the King's commission (not that he had any choice in the matter) he did not think that it would be to retrieve a legendary artefact from Hrad Spein, the underground resting place of ogres, elves and wizards; a place of dread, and immeasurable power that has been sealed up for centuries. Unless Harold finds the long-lost Horn, the Nameless One will overrun the realm of Valiostr. But that was just the first of the challenges facing Harold. He is magically bound to the Key with which the dark elves sealed Hrad Spein, and which his enemies are determined to obtain at any cost. Treachery and death follow Harold and his companions as they fight to reach their goal. On one side is the threat of the Nameless One; on the other, the servants of the mysterious Master. A long-dead mage is living in Harold's head, and his dreams are haunted by terrible visions. What is the meaning of the Houses of Power, Pain, Love, and the House of Fear? Still resolutely denying his destiny as the mystical Dancer in the Shadows, Harold's journey takes him to the Forest of Zagraba, 'the land where the gods walked at the dawn of time'...
Att läsa är att resa