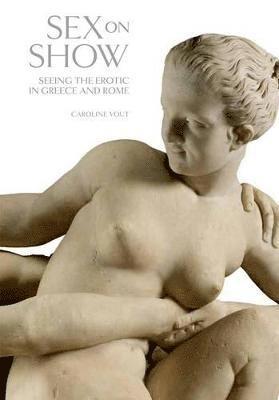 The Greeks and Romans were not shy about sex. Drinking cups, oil-lamps and walls were decorated with scenes of seduction and sexual intercourse which make the modern viewer blush; models of penises were worn around the neck or hung from doorways. In classical Greece, statues of erect penises served as boundary-stones and signposts. In Rome, marble satyrs and nymphs grappled in gardens. How are we to make sense of this abundance of sexual imagery? Were these images seductive, shocking, humorous? Were they about sex or love? And what and how do we learn from them? Sex on Show answers these questions by embracing ancient attitudes to religion, politics, sex and gender to examine how the ancient saw themselves and their world. Covering the sixth century BC to the fourth century AD, as well as some Neoclassical art from the eighteenth and nineteenth centuries, Sex on Show uses detailed visual analysis to bring new insights to Greek and Roman culture and to the meaning of erotic imagery, past and present. This is not simply a book about sexual practice or social history. It is a visual history - about what it meant and still means to stare sex in the face.
Läsglädje för alla, varje dag