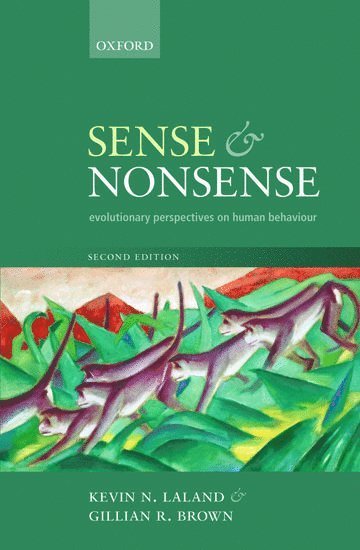 Evolutionary theory is one of the most wide-ranging and inspiring of scientific ideas. It offers a battery of methods that can be used to interpret human behaviour. But the legitimacy of this exercise is at the centre of a heated controversy that has raged for over a century. Many evolutionary biologists, anthropologists and psychologists are optimistic that evolutionary principles can be applied to human behaviour, and have offered evolutionary explanations for a wide range of human characteristics, such as homicide, religion and sex differences in behaviour. Others are sceptical of these interpretations. Moreover, researchers disagree as to the best ways to use evolution to explore humanity, and a number of schools have emerged.
Sense and Nonsense provides an introduction to the ideas, methods and findings of five such schools, namely, sociobiology, human behavioural ecology, evolutionary psychology, cultural evolution, and gene-culture co-evolution. In this revised and updated edition of their successful monograph, Laland and Brown provide a balanced, rigorous analysis that scrutinizes both the evolutionary arguments and the allegations of the critics, carefully guiding the reader through the mire of confusing terminology, claim and counter-claim, and polemical statements. This readable and informative introductory book will be of use to undergraduate and postgraduate students (for example, in psychology, anthropology and zoology), to experts on one approach who would like to know more about the other perspectives, and to lay-persons interested in evolutionary explanations of human behaviour. Having completed this book, the reader should feel better placed to assess the legitimacy of claims made about human behaviour under the name of evolution, and to make judgements as to what is sense and what is nonsense.
Läsglädje för alla, varje dag