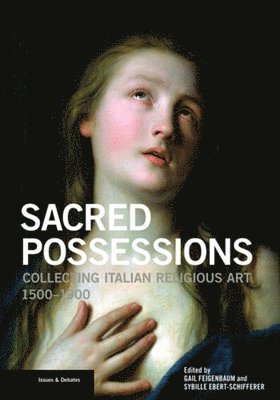 When works of art created for religious purposes outlive their original function, they often take on new meanings as they move from sacred spaces to secular collections. Religious art embodies a complicated amalgam of the aesthetic and the numinous, and the fourteen essays in this volume explore how the admixture changes--often
radically--with changes of function, setting, audience, and the passage of time.

Focusing on the centuries in which the phenomenon of collecting came powerfully into its own, these essays analyze the radical recontextualization of celebrated paintings by Raphael, Caravaggio, and Rubens; bring to light a lost holy tower from fifteenth-century Bavaria; and offer new insights into the meaning of "sacred" and "profane."

Collecting represents the primary mechanism by which a sacred work of art survives when it is alienated from its original context. In the field of art history, the consequences of such collecting--its tendency to reframe an object, metaphorically and physically--have only begun to be investigated. "Sacred Possessions" charts the contours of a fertile terrain for further inquiry.