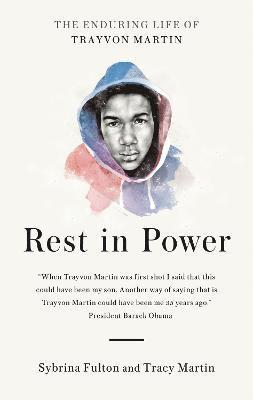 On February 26th 2012 seventeen-year-old Trayvon Martin was walking home with a bag of Skittles and a can of juice when a fatal encounter with a gun-wielding neighbourhood watchman ended his young life. In a matter of weeks, Trayvon Martin's name would be spoken by President Obama, honored by professional athletes, and passionately discussed all over traditional and social media. Trayvon's parents, Sybrina Fulton and Tracy Martin, driven by their intense love for their lost son, launched a nationwide campaign for justice that would change the USA and the world. Five years after his tragic death, Travyon Martin has become a symbol of social justice activism, as has his hauntingly familiar image: the photo of a young man, wearing his favourite hoodie and gazing silently at the camera. But who was Trayvon Martin, before he became an icon? And how did one black child's death become the match that lit a civil rights movement? Rest in Power, told through the compelling alternating narratives of Sybrina Fulton and Tracy Martin, answers those questions from the most intimate of sources. It's the story of the beautiful and complex child they lost, the cruel unresponsiveness of the police and the hostility of the legal system, and the inspiring journey they took from grief and pain to power, and from tragedy and senselessness to meaning.
Läsglädje för alla, varje dag