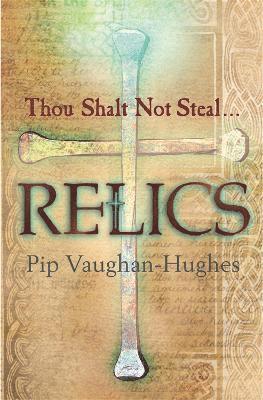 'Pip Vaughan-Hughes has given us a monk, a corpse, a sinister Templar and a terrific adventure that romps across mediaeval Christendom. A great read!' Bernard Cornwell England, 1235, and Brother Petroc is living a simple life as a novice monk. Struggling to keep his soul fairly clean and worrying most about resisting the local girls, he inadvertently stumbles headlong into vicious trap. Framed by a sinister Templar Knight for a brutal murder of a church official and accused of the theft of a priceless relic, he is forced to run for his life. But when his best friend Will is killed by the chasing knight, Petroc's flight becomes a quest for restitution. Trusting his fate to an enigmatic relic-hunter and scoundrel, he must dodge the long arm of the church and somehow get to the bottom of everything that has happened to him. He must find out how his fate is entwined with that of the sacred object and get revenge on the man who wrecked his life - all the while avoiding the pitfalls and perils of love for a beautiful Greek princess...
Läsglädje för alla, varje dag