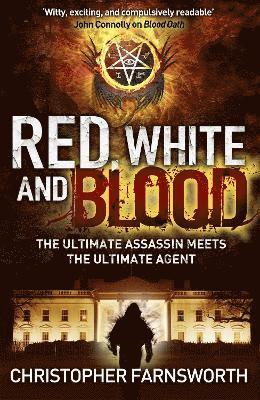 A political operative and a volunteer are brutally murdered. Written in their blood on the wall of the crime scene: IT'S GOOD TO BE BACK. In 145 years, Nathaniel Cade, the President's vampire, has fought one particular evil over and over again: the source of urban legends and nightmares across the country. It has gone by many names and guises, but is best known by the one that all children instinctively fear: the Boogeyman. No matter how Cade kills him, the Boogeyman always comes back. When the killer begins targeting the president's people on the campaign trail, Cade and his human handler, Zach Barrows, are tasked with cleaning up the mess before it spills over into the upcoming election. Cade and Zach must stop the one monster Cade has never been able to defeat completely. And they must do it before the Boogeyman adds another victim to his long and bloody list: the President of the United States himself.
Läsglädje för alla, varje dag