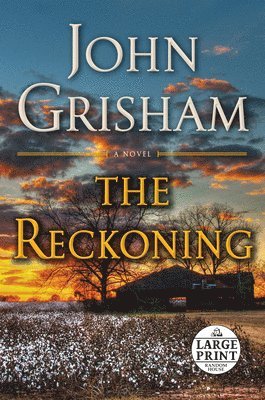 New York Times bestselling author John Grisham returns to Clanton, Mississippi, to tell the story of an unthinkable murder and the bizarre trial that follows it, in this powerful new legal thriller.

Pete Banning was Clanton's favorite son, a returning war hero, the patriarch of a prominent family, a farmer, father, neighbor, and a faithful member of the Methodist church. Then one cool October morning in 1946. he rose early, drove into town, walked into the Church, and calmly shot and killed the Reverend Dexter Bell. As if the murder wasn't shocking enough, it was even more baffling that Pete's only statement about it-to the sheriff, to his defense attorney, to the judge, to his family and friends, and to the people of Clanton-was "I have nothing to say." And so the murder of the esteemed Reverend Bell became the most mysterious and unforgettable crime Ford County had ever known.
Läsglädje för alla, varje dag