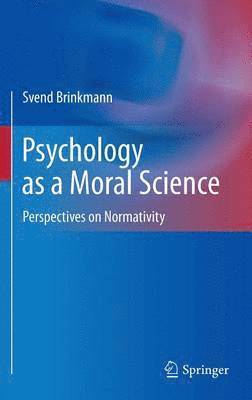 Psychology as a Moral Science

What does morality have to do with psychology in a value-neutral, postmodern world? According to a provocative new book, everything. Taking exception with current ideas in the mainstream (including cultural, evolutionary, and neuropsychology) as straying from the discipline's ethical foundations, Psychology as a Moral Science argues that psychological phenomena are inherently moral, and that psychology, as prescriptive and interventive practice, reflects specific moral principles. The book cites normative moral standards, as far back as Aristotle, that give human thoughts, feelings, and actions meaning, and posits psychology as one of the critical methods of organizing normative values in society; at the same time it carefully notes the discipline's history of being sidetracked by overemphasis on theoretical constructs and physical causes-what the author terms "the psychologizing of morality." This synthesis of ideas brings an essential unity to what can sometimes appear as a fragmented area of inquiry at odds with itself. The book's "interpretive-pragmatic approach": * Revisits core psychological concepts as supporting normative value systems. * Traces how psychology has shaped society's view of morality. * Confronts the "naturalistic fallacy" in contemporary psychology. * Explains why moral science need not be separated from social science. * Addresses challenges and critiques to the author's work from both formalist and relativist theories of morality. With its bold call to reason, Psychology as a Moral Science contains enough controversial ideas to spark great interest among researchers and scholars in psychology and the philosophy of science.
Läsglädje för alla, varje dag