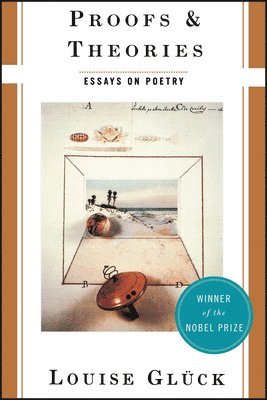 Winner of the 1993 PEN/Martha Albrand Award for First Non-Fiction, "Proofs and Theories" is an illuminating collection of essays by Louise Gluck, whose most recent book of poems, "The Wild Iris, " was awarded the Pulitzer Prize. Gluck brings to her prose the same precision of language, the same incisiveness and insight that distinguish her poetry. The force of her thought is evident everywhere in these essays, from her explorations of other poets' work to her skeptical contemplation of current literary critical notions such as "sincerety" and "courage." Here also are Gluck's revealing reflections on her own education and life as a poet, and a tribute to her teacher and mentor, Stanley Kunitz. "Proofs and Theories" is the testament of a major poet.