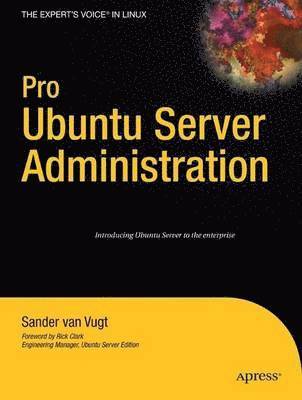 Pro Ubuntu Server Administration teaches you advanced Ubuntu system building. After reading this book, you will be able to manage anything from simple file servers to multiple virtual servers to highavailability clusters. This is the capstone volume of the Apress Ubuntu trilogy that includes Beginning Ubuntu Linux, Third Edition and Beginning Ubuntu Server LTS Administration: From Novice to Professional, Second Edition . You will be able to make Ubuntu technology shine in a Fortune 500 environment and let Ubuntu server become the backbone of your infrastructure. Topics covered include

Who this book is for

Anyone who administers Linux servers and wants to know enough about Ubuntu to make it fly.