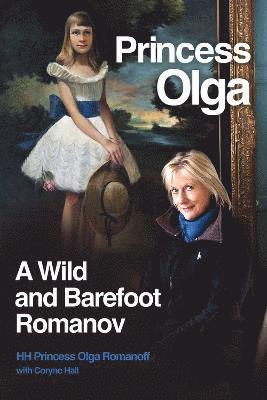 This is very much a human interest story, told with humour by a down to earth woman struggling to make ends meet in the 21st century. The upkeep of her historical childhood home, Provender House, in the depths of the English countryside, is indeed a constant daily battle for this modern-day princess. Princess Olga Romanoff, is the daughter of the eldest nephew of Tsar Nicholas II, murdered with his family by the Bolsheviks in 1918. She is the youngest child of the late Prince Andrew Alexandrovich of Russia, who was born in the Winter Palace in St Petersburg in 1897. He fled Russia in 1918 with his pregnant (first) wife and his father, Grand Duke Alexander Michaelovich, while his mother, Grand Duchess Xenia, and his grandmother, Her Imperial Majesty Empress Maria Feodorovna, followed a few months later. The fabled Romanov jewels that they were able to smuggle out had to be sold and the exiled family lived for some time at various grace-and-favour homes at Windsor and Hampton Court. The book is peppered with amusing anecdotes about the Royal Family, their British cousins. The reader will also get a glimpse of the Princess's cosseted childhood. She was looked after by a number of nannies and then privately educated at home, as her mother remembered the terrible time she herself had had at boarding school. But Princess Olga preferred the outdoor life and riding her ponies. She still laughs at one of her mother's ambitions which was to marry her off to Prince Charles! It was indeed an unusual upbringing with a snobbish and strict mother of Scottish and Scandinavian background, and a more relaxed and indulgent Romanov father whose occupation was stated as 'Prince of Russia' on Olga's birth certificate. Her home, Provender House is crammed full of fascinating Romanov memorabilia, from the crockery used by the tsar and his family during their final captivity in Ekaterinburg, to the diamond blade penknife used for scratching the news of Prince Andrew's birth on a window pane in the Winter Palace - still there for visitors to see. The rambling 30-room Provender House, now open to the public, has indeed been witness to some extraordinary tales - many of them hitherto untold - handed down by Princess Olga's father.
Att läsa är att resa