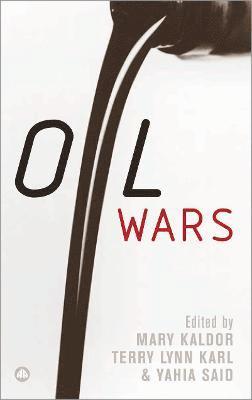 Are oil-rich countries prone to war? And, if so, why? There is a widely held belief that contemporary wars are motivated by the desire of great powers like the United States or Russia to control precious oil resources and to ensure energy security.This book argues that the main reason why oil-rich countries are prone to war is because of the character of their society and economy. Sectarian groups compete for access to oil resources and finance their military adventures through smuggling oil, kidnapping oil executives, or blowing up pipelines. Outside intervention only makes things worse. The use of conventional military force as in Iraq can bring neither stability nor security of supply.This book examines the relationship between oil and war in six different regions: Angola, Azerbaijan, Colombia, Indonesia, Nigeria and Russia. Each country has substantial oil reserves, and has a long history of conflict. The contributors assess what part oil plays in causing, aggravating or mitigating war in each region and how this relation has altered with the changing nature of war. It offers a novel conceptual approach bringing together Kaldor's work on 'new wars' and Karl's work on the petro-state.
Att läsa är att resa