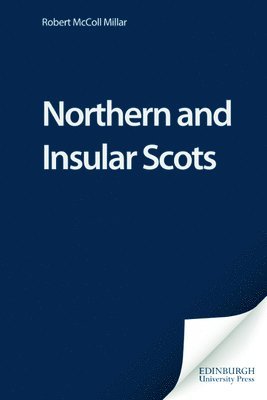 The Scots dialects of northern Scotland, Orkney and Shetland are among the most traditional varieties of 'English', exhibiting features not current elsewhere for centuries. Until recently, they were spoken in communities whose traditional occupations have encouraged the equation of speech with local identity. They have all also been affected by contact with Gaelic, or Norse, or both. In recent years, however, the decline of traditional industries has been matched by the discovery of oil off their coasts, encouraging in-migration of speakers of many varieties of English and other languages. How well have these varieties maintained their traditional natures at the start of the 21st century? Northern and Insular Scots provides: * An approachable description of the phonological, structural and lexical natures of these varieties * A history of the varieties in relation to the areas in which they are spoken * Examples of the language of native speakers * An annotated bibliography which points the reader towards more specialised works.
Läsglädje för alla, varje dag