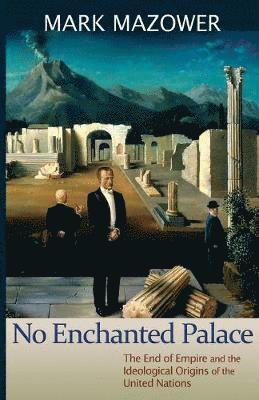 No Enchanted Palace traces the origins and early development of the United Nations, one of the most influential yet perhaps least understood organizations active in the world today. Acclaimed historian Mark Mazower forces us to set aside the popular myth that the UN miraculously rose from the ashes of World War II as the guardian of a new and peaceful global order, offering instead a strikingly original interpretation of the UN's ideological roots, early history, and changing role in world affairs. Mazower brings the founding of the UN brilliantly to life. He shows how the UN's creators envisioned a world organization that would protect the interests of empire, yet how this imperial vision was decisively reshaped by the postwar reaffirmation of national sovereignty and the unanticipated rise of India and other former colonial powers. This is a story told through the clash of personalities, such as South African statesman Jan Smuts, who saw in the UN a means to protect the old imperial and racial order; Raphael Lemkin and Joseph Schechtman, Jewish intellectuals at odds over how the UN should combat genocide and other atrocities; and Jawaharlal Nehru, India's first prime minister, who helped transform the UN from an instrument of empire into a forum for ending it. A much-needed historical reappraisal of the early development of this vital world institution, No Enchanted Palace reveals how the UN outgrew its origins and has exhibited an extraordinary flexibility that has enabled it to endure to the present day.
Läsglädje för alla, varje dag