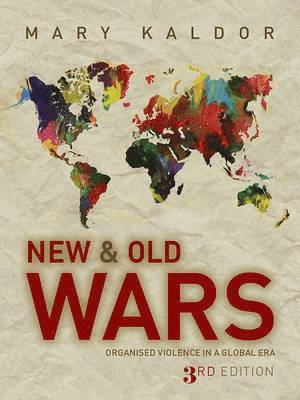 Mary Kaldor's New and Old Wars has fundamentally changed the way both scholars and policy-makers understand contemporary war and conflict. In the context of globalization, this path-breaking book has shown that what we think of as war - that is to say, war between states in which the aim is to inflict maximum violence - is becoming an anachronism. In its place is a new type of organized violence or 'new wars', which could be described as a mixture of war, organized crime and massive violations of human rights. The actors are both global and local, public and private. The wars are fought for particularistic political goals using tactics of terror and destabilization that are theoretically outlawed by the rules of modern warfare. Kaldor's analysis offers a basis for a cosmopolitan political response to these wars, in which the monopoly of legitimate organized violence is reconstructed on a transnational basis and international peacekeeping is reconceptualized as cosmopolitan law enforcement. This approach also has implications for the reconstruction of civil society, political institutions, and economic and social relations. This third edition has been fully revised and updated. Kaldor has added an afterword answering the critics of the New Wars argument and, in a new chapter, Kaldor shows how old war thinking in Afghanistan and Iraq greatly exacerbated what turned out to be, in many ways, archetypal new wars - characterised by identity politics, a criminalised war economy and civilians as the main victims. Like its predecessors, the third edition of New and Old Wars will be essential reading for students of international relations, politics and conflict studies as well as to all those interested in the changing nature and prospect of warfare.
Läsglädje för alla, varje dag