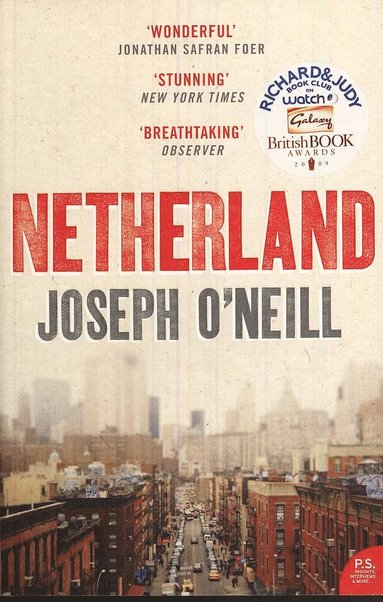 In early 2006, Chuck Ramkissoon is found dead at the bottom of a New York canal. In London, a Dutch banker named Hans van den Broek hears the news, and remembers his unlikely friendship with Chuck and the off-kilter New York in which it flourished: the New York of 9/11, the powercut and the Iraq war. Those years were difficult for Hans -- his English wife Rachel left with their son after the attack, as if that event revealed the cracks and silences in their marriage, and he spent two strange years in New York's Chelsea Hotel, passing stranger evenings with the eccentric residents. Lost in a country he'd regarded as his new home, Hans sought comfort in a most alien place -- the thriving but almost invisible world of New York cricket, in which immigrants from Asia and the West Indies play a beautiful, mystifying game on the city's most marginal parks. It was during these games that Hans befriends Chuck Ramkissoon, who dreamed of establishing the city's first proper cricket field. Over the course of a summer, Hans grew to share Chuck's dream and Chuck's sense of American possibility -- until he began to glimpse the darker meaning of his new friend's activities and ambitions.' Netherland' is a novel of belonging and not belonging, and the uneasy state in between. It is a novel of a marriage foundering and recuperating, and of the shallows and depths of male friendship. With it, Joseph O'Neill has taken the anxieties and uncertainties of our new century and fashioned a work of extraordinary beauty and brilliance.
Läsglädje för alla, varje dag