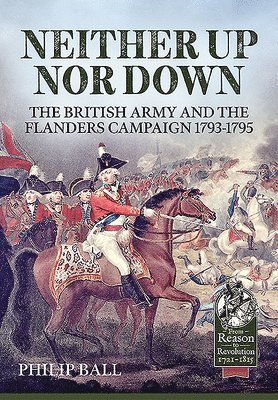 Neither Up nor Down

Apart from the nursery rhyme 'The Grand Old Duke of York', Britain's war against Revolutionary France is today a largely forgotten prelude to the Napoleonic Wars. The campaign in Flanders was Britain's attempt to stem the power of the new republic as it threatened to engulf its neighbours, but it was to end in disaster. This is the first account of this intensive campaign written in modern times; chronicling the many battles as the varying fortunes of the combatants saw their armies march to and fro across the fields of Flanders. A weak and ill-equipped army led by the Duke of York struggled daily with the terrain and climate of the Low Countries as well as the competing aims of its allies and the unrealistic expectations of its government. This book details the numerous major battles of the campaign and the unravelling of the First Coalition using British, French and German sources.
Läsglädje för alla, varje dag