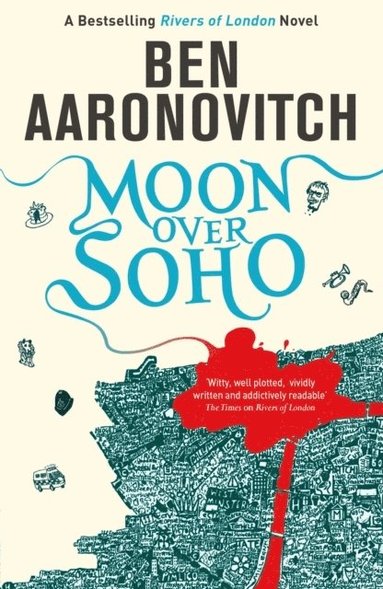 Moon Over Soho: The Second Rivers of London novel

When I was a kid I was my dad's de facto vinyl-wallah, meaning it was my job to change his records while he lounged around and drank tea. This is why I know my Argo from my Tempo and why, when Dr Walid called me down to the morgue to listen to a corpse, I recognised the tune it was playing as 'Body and Soul'. Not literally playing, you understand, but something violently supernatural had happened to the victim on or around his death, something strong enough to leave its imprint on his corpse as if it were a wax cylinder recording. The former owner of the body was one Cyrus Wilkinson, part-time jazz saxophonist and full-time accountant, who dropped dead of a heart attack half an hour after finishing a gig in a Soho jazz club. He wasn't the first. Nobody was going to let me exhume corpses of their loved ones just so I could see if they were playing my tune, so it was back to old-fashioned legwork. The heart of the scene has always been Soho, so that's where I headed - trouble was, my jazz mojo was thirty years out of date, so luckily I hooked up with the lovely Simone, Cyrus' ex-girlfriend, professional jazz kitten and as inviting as a Rubens' portrait. I didn't trust her, but I needed her help because there were monsters stalking Soho, creatures feeding off that special gift that separates the great musician from someone who can raise a decent tune. What they take is beauty. What they leave behind: sickness, failure and broken lives. But as I hunted them I began to realise that my investigation was getting tangled up in another story, of a young man from the East End with a talent for the trumpet and a burning desire to prove himself the best - Richard 'Lord' Grant, my father, who almost became the British answer to Clifford Brown - and who had managed to destroy his own career twice. That's the thing about policing, most of the time you're doing to maintain public order, occasionally you're doing it for justice, and maybe once in a career for revenge
Läsglädje för alla, varje dag