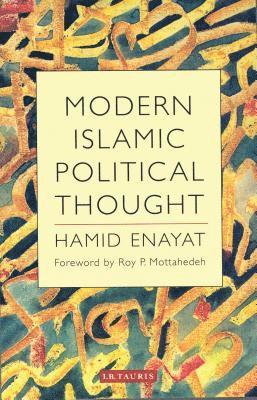 The revival and power of religious feelings among Muslims since the Iranian Revolution presents a complicated and often perplexing picture of the politics of the Islamic world in the modern era. What are the ideas which have influenced the direction of these trends? In this book, Hamid Enayat provides an answer by describing and interpreting some of the major Islamic political ideas, especially those expressed by Iranians and Egyptians, as well as thinkers from Pakistan, India, Lebanon, Syria and Iraq. Enayat studies the political differences between the two main schools in Islam--Shi'ism and Sunnism, how their ideas have evolved in recent times and how far they have moved from confrontation to convergence. Enayat examines the concept of the Islamic state, and the Muslim repsonse to the challenge of alien and modern ideologies such as nationlism, democracy and socialism, as well as notions of Shi'i modernism, much neglected in Western writings. Enayat's classic work, a lucid and well argued interpretation of modern Islamic political thought, remains indispensable for an understanding of the current politics of the Muslim world.