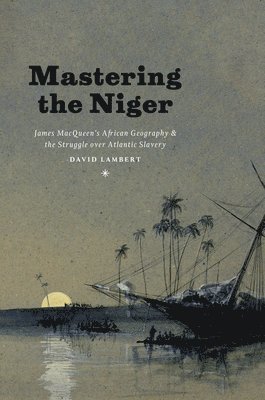 In Mastering the Niger, David Lambert recalls Scotsman James MacQueen (1778-1870) and his publication of A New Map of Africa in 1841 to show that Atlantic slavery - as a practice of subjugation, a source of wealth, and a focus of political struggle - was entangled with the production, circulation, and reception of geographical knowledge. Without ever setting foot on the continent, MacQueen took on the task of solving the "Niger problem," that is, to successfully map the course of the river and its tributaries, and thus breathe life into his scheme for the exploration, colonization, and commercial exploitation of West Africa. Lambert illustrates how MacQueen's geographical research began, four decades before the publication of the New Map, when he was managing a sugar estate on the West Indian colony of Grenada. There MacQueen encountered slaves with firsthand knowledge of West Africa, whose accounts would form the basis of his geographical claims. Lambert examines the inspirations and foundations for MacQueen's geographical theory as well as its reception, arguing that Atlantic slavery and ideas for alternatives to it helped produce geographical knowledge, while geographical discourse informed the struggle over slavery.
Läsglädje för alla, varje dag