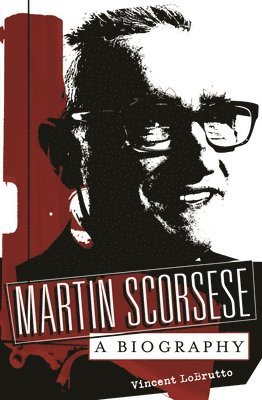 Martin Scorsese's current position in the international film community is unrivaled, and his name has become synonymous with the highest standards of filmmaking excellence. He is widely considered America's best living film director, and his Taxi Driver and Raging Bull appear frequently on worldwide surveys of the best films of all time. Here, in the first biographical account of this artist's life, Vincent LoBrutto traces Scorsese's Italian-American heritage, his strict Catholic upbringing, the continuing role of religion in his life and art, his obsessive love of cinema history, and the powerful impact that the streets of New York City had on his personal life and his professional career. Meanwhile, the filmmaker's humble, soft-spoken public persona tells only part of the story, and LoBrutto will delve into the other side of a complex and often tortured personality. Scorsese's intense passion, his private relationships, his stormy marriages, and his battles with drugs and depression are all chronicled here, and, in many cases, for the first time. In addition, the book includes an interview with the director, as well as filmographies cataloging his work as a director, producer, actor, and presenter. As his Best Director award at the 2007 Oscars clearly demonstrated, Scorsese has become something like Hollywood royalty in recent years, finally enjoying the insider status and favor that eluded him for most of his career. But these recent developments aside, Scorsese is also notable as a distinctly American type of artist, one whose work-created in a medium largely controlled by commercialism and marketing-has always been unmistakably his own, and who thus remains a touchstone of artistic integrity in American cinema. In Martin Scorsese: A Biography, readers can examine not only the work of one of the form's genuine artists, but also the forces that have propelled the man behind it.
Läsglädje för alla, varje dag