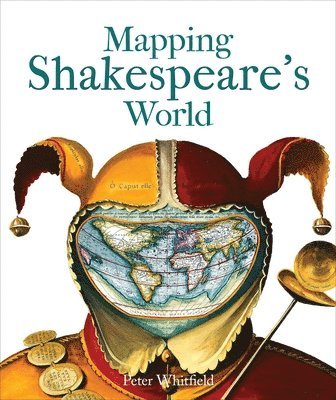 The locations of Shakespeare's plays range from Greece, Turkey and Syria to England, and they range in time from 1000 BC to the early Tudor age. He never set a play explicitly in Elizabethan London, which he and his audience inhabited, but always in places remote in space or time. How much did he - and his contemporaries - know about the foreign cities where the plays took place? What expectations did an audience have if the curtain rose on a drama which claimed to take place in Verona, Elsinore, Alexandria or ancient Troy? This fully illustrated book explores these questions, surveying Shakespeare's world through contemporary maps, geographical texts, paintings and drawings. The results are intriguing and sometimes surprising. Why should Love's Labour's Lost be set in the Pyrenean kingdom of Navarre? Was the Forest of Arden really in Warwickshire? Why do two utterly different plays like The Comedy of Errors and Pericles focus strongly on ancient Ephesus? Where was Illyria? Did the Merry Wives have to live in Windsor? Why did Shakespeare sometimes shift the settings of the plays from those he found in his literary sources? It has always been easy to say that wherever the plays are set, Shakespeare was really writing about human psychology and human nature, and that the settings are irrelevant. This book takes a different view, showing that many of his locations may have had resonances which an Elizabethan audience would pick up and understand, and it shows how significant the geographical and historical background of the plays could be.
Läsglädje för alla, varje dag