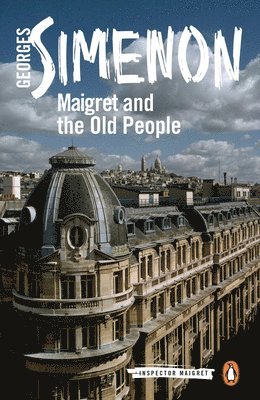 Maigret and the Old People

'His artistry is supreme' John Banville 'He had seldom been so perplexed by human beings. Would a psychiatrist, a teacher or a novelist...have been better placed to understand characters who had suddenly materialized from another century?' Maigret is called to the home of Armand de Saint-Hilaire, a highly respected official who has been found shot dead in his study by his housekeeper. After interviewing everyone concerned Maigret is at a loss to the identity of the perpetrator until he comes across a series of letters from the past fifty years between the victim and a recently widowed woman. As Maigret uncovers the details behind the two's relationship he gets closer to discovering the tragic truth behind the official's demise. This novel has been published in a previous translation as Maigret in Society. 'One of the greatest writers of the twentieth century . . . Simenon was unequalled at making us look inside, though the ability was masked by his brilliance at absorbing us obsessively in his stories' Guardian
Läsglädje för alla, varje dag