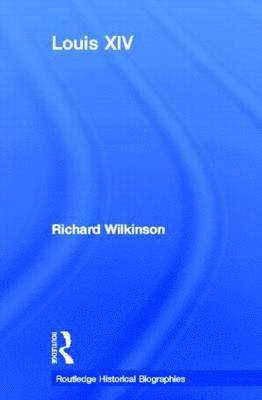 'Wilkinson's prose is vigorous, direct, and often very funny ... There is not a dull page in the book. At the same time, its purpose is entirely serious ... There could scarcely be a better way of drawing the non-specialist reader into the intricate world of seventeenth-century France.' - History Review This lively and accessible biography focuses on Louis' personal life while keeping the needs of the history student at the forefront, featuring analysis of Louis' wider significance in history and the surrounding historiography. A narrative account of Louis' life, this study proposes that the Sun King's reign and legacy cannot be fully understood without a detailed analysis of Louis' private life and personality, including his upbringing and his many lovers. Louis' relations with his closest family set the tone for the treatment of his French subjects and for his foreign policy towards the rest of Europe. This book balances the undeniable cultural achievements of the reign against the realities of Louis' egotism and argues that, when viewed critically, Louis' rule (1643-1715) personified the disadvantages of absolute monarchy and inexorably led to social and political blunders resulting in the suffering of millions. Richard Wilkinson demonstrates that while Louis excelled as a self publicist, he fell far short of being a great monarch. A must read for all students and those with a general interest in one of history's most colourful rulers.
Läsglädje för alla, varje dag