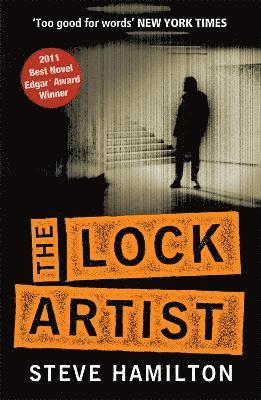 Prize-winning crime author Steve Hamilton's hugely commercial mainstream breakout tells the extraordinary story of a safe-cracker trying to unlock the key to his past. Michael hit the headlines once before, a seven-year-old kid the papers called The Miracle Boy on account of how he survived the terrible incident that took his parents. But although his escape was miraculous, it left him unable to speak. Taunted as a freak, school becomes a fresh nightmare, until Michael discovers he has a special talent that makes people sit up and take notice: he can open locks. But a teenage prank, breaking into the house of a rival school's quarterback, lands him in hot water, and despite his best intentions, Michael soon finds himself on a downward slope that ends with expert instruction on how to open safes. And unless he agrees to put his newfound skills to use, the mob are going to kill the father of the girl he now loves. So begins an extraordinary life of crime - at once terrifying and exhilarating - while all the while, Michael plots how to turn the tables on his employer, win back Amelia, and find the key to unlocking his traumatic childhood memories.
Läsglädje för alla, varje dag