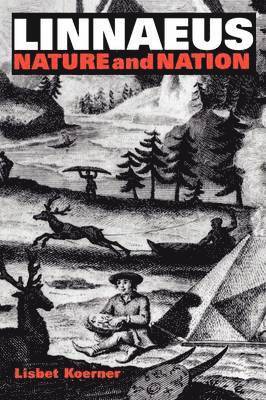 Drawing on letters, poems, notebooks, and secret diaries, Lisbet Koerner tells the moving story of one of the most famous naturalists who ever lived, the Swedish-born botanist and systematizer, Carl Linnaeus. The first scholarly biography of this great Enlightenment scientist in almost one hundred years, "Linnaeus" also recounts for the first time Linnaeus' grand and bizarre economic projects: to "teach" tea, saffron, and rice to grow on the Arctic tundra and to domesticate buffaloes, guinea pigs, and elks as Swedish farm animals.

Linnaeus hoped to reproduce the economy of empire and colony within the borders of his family home by growing cash crops in Northern Europe. Koerner shows us the often surprising ways he embarked on this project. Her narrative goes against the grain of Linnaean scholarship old and new by analyzing not how modern Linnaeus was, but how he understood science in his time. At the same time, his attempts to organize a state economy according to principles of science prefigured an idea that has become one of the defining features of modernity. Meticulously researched, and based on archival data, "Linnaeus" will be of compelling interest to historians of the Enlightenment, historians of economics, and historians of science. But this engaging, often funny, and sometimes tragic portrait of a great man will be valued by general readers as well.