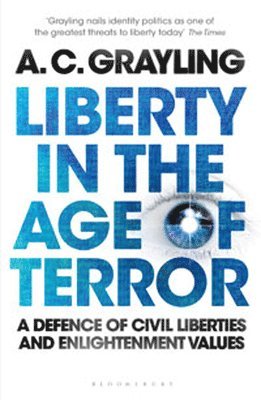 Liberty in the Age of Terror

"The means of defence against foreign danger historically have become the instruments of tyranny at home." James Madison Our societies, says Anthony Grayling, are under attack not only from the threat of terrorism, but also from our governments' attempts to fight that threat by reducing freedom in our own societies - think the 42-day detention controversy, CCTV surveillance, increasing invasion of privacy, ID Cards, not to mention Abu Ghraib, rendition, Guantanamo...As Grayling says: 'There should be a special place for political irony in the catalogues of human folly. Starting a war 'to promote freedom and democracy' could in certain though rare circumstances be a justified act; but in the case of the Second Gulf War that began in 2003, which involved reacting to criminals hiding in one country (Al Qaeda in Afghanistan or Pakistan) by invading another country (Iraq), one of the main fronts has, dismayingly, been the home front, where the War on Terror takes the form of a War on Civil Liberties in the spurious name of security. To defend 'freedom and democracy', Western governments attack and diminish freedom and democracy in their own country. By this logic, someone will eventually have to invade the US and UK to restore freedom and democracy to them.' In this lucid and timely book Grayling sets out what's at risk, engages with the arguments for and against examining the cases made by Isaiah Berlin and Ronald Dworkin on the one hand, and Roger Scruton and John Gray on the other, and finally proposes a different way to respond that makes defending the civil liberties on which western society is founded the cornerstone for defeating terrorism.
Läsglädje för alla, varje dag