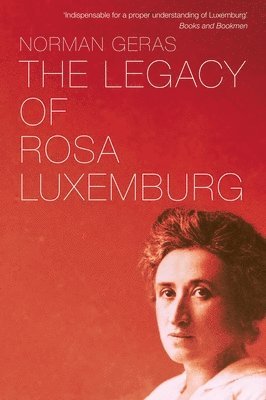 An important contribution to our understanding of twentieth-century Marxism During the first decades of the twentieth century, Rosa Luxemburg was the leader of the workers' movement in Poland and Germany. She made a remarkable contribution to socialist theory and practice, yet her legacy remains in dispute. In this book Norman Geras interrogates and refutes the myths that have developed around her work. She was an opponent of socialist participation in the First World War and, as Geras shows, her views on socialist strategy in Russia were closer to Lenin's than any other leader's. Geras explores the development of Luxemburg's critique in the period following the war and demonstrates how her thought is distinct from the social democratic or anarchist theories into which it is often subsumed. Geras brings new light to bear on one of the most misrepresented figures in radical history, illustrating her inspiring lack of complacency and her commitment to questioning those in authority on both the Right and the Left.
Läsglädje för alla, varje dag