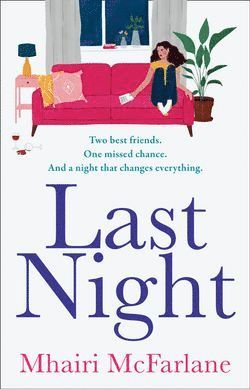 Don't miss the amazing new rom-com from Mhairi McFarlane - available to pre-order now!Two friends.One missed chance.A night that changes everything.Eve, Justin, Susie and Ed have been friends since they were eighteen. Now in their 30s, the four are still as close as ever, Thursday pub quiz night is still sacred, and Eve is still secretly in love with Ed.Maybe Eve should have moved on by now, but she can't stop thinking about what could have been. And she knows Ed sometimes thinks about it too.Then one night, in an instant, all their lives change forever. And, as Eve learns she didn't know her friends as well as she thought, she also discovers she isn't the only person keeping secrets....
Läsglädje för alla, varje dag