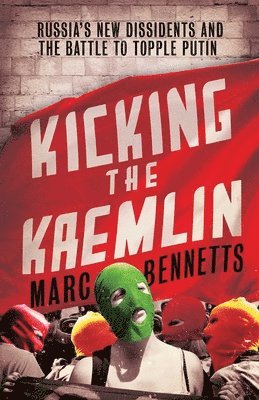 A high-octane account of the politics and subterfuge of modern-day Russia As 2011 came to a close, in what was a watershed moment, 100,000 took to Moscow's freezing streets to protest the election victory of United Russia - Vladimir Putin's party - amid widespread allegations of corruption and vote-rigging. A few months later, Pussy Riot hit headlines around the world when they were arrested following their anti-Putin demonstration in a Russian Orthodox cathedral. The vicious battle for Russia's soul continues to this day. In the first book to take the reader straight to the beating heart of the opposition movement, journalist and long-time Moscow resident Marc Bennetts introduces a new generation of Russian dissidents, united by their hatred of Putin and his bid to silence all political adversaries. We meet a bustling cast of urban youth working to expose the injustices of the regime and a disjointed bunch of dissenters - from 'It Girl' hipsters to 21st-century socialists. Featuring rare interviews with everyone from Pussy Riot and top protest leaders to Kremlin insiders, Bennetts' compelling narrative is an astonishing journey through Russia's new protest movements.
Läsglädje för alla, varje dag