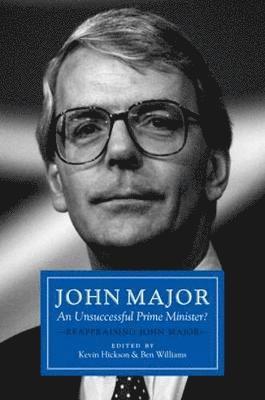 John Major's prime ministership was an eventful one. Between 1990 and 1997 he presided over Britain's participations in the Gulf War, the start of the Northern Ireland peace process, the Maastricht Treaty negotiations and, of course, Black Wednesday and Britain's exit from the ERM, as well as a surprise fourth consecutive election victory for the Conservative Party. An Unsuccessful Prime Minister? is the first wide-ranging appraisal of John Major's government in nearly two decades. Widely criticised by politicians on the right of the Conservative Party and from the other political parties as well as by journalists, Major's government was living on borrowed time towards the end, beset by splits over Europe and by allegations of sleaze before being crushed by New Labour in the 1997 general election. This book reconsiders the role of John Major as Prime Minister and the policy achievements of his government, and argues that although it was not one of the greatest of governments it did have more success than critics would allow.
Läsglädje för alla, varje dag