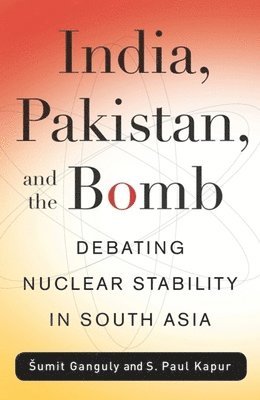 India, Pakistan, and the Bomb

In May 1998, India and Pakistan put to rest years of speculation as to whether they possessed nuclear technology and openly tested their weapons. Some believed nuclearization would stabilize South Asia; others prophesized disaster. Authors of two of the most comprehensive books on South Asia's new nuclear era, Sumit Ganguly and S. Paul Kapur, offer competing theories on the transformation of the region and what these patterns mean for the world's next proliferators. Ganguly begins with an outcome-based approach emphasizing the results of militarized conflict. In his opinion, nuclear weapons have prevented Indo-Pakistani disputes from blossoming into full-scale war. Kapur counters with a process-based approach stressing the specific pathways that lead to conflict and escalation. From his perspective, nuclear weapons have fueled a violent cycle of Pakistani provocation and Indian response, giving rise to a number of crises that might easily have spun into chaos. Kapur thus believes nuclear weapons have been a destabilizing force in South Asia and could similarly affect other parts of the world. With these two major interpretations, Ganguly and Kapur tackle all sides of an urgent issue that has profound regional and global consequences. Sure to spark discussion and debate, India, Pakistan, and the Bomb thoroughly maps the potential impact of nuclear proliferation.
Läsglädje för alla, varje dag