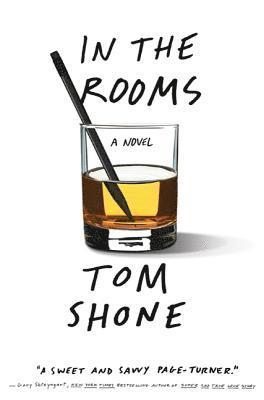 "Part Nick Hornby, part Jay McInerney, with a dash of vermouth, "In the Rooms "is a warm, sharply observed comedy about sex, lies, drinking, and second chances

"London literary agent Patrick Miller comes to New York dreaming of joining the big league, only to find himself selling celebrity dog books. But when he spots legendary novelist Douglas Kelsey on the street and follows him into an AA meeting, a world of opportunity beckons. Who knew that sobriety offered such networking possibilities? Or that the women would be so attractive? Soon he's a regular attendee at AA meetings, but there's only one problem--he's not an alcoholic.