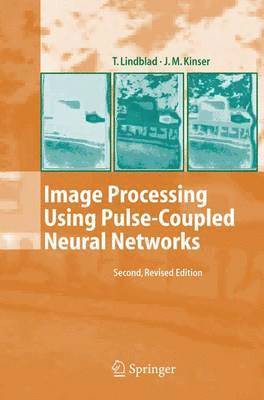 It was stated in the preface to the ?rst edition of this book that image p- cessing by electronic means has been a very active ?eld for decades. This is certainly still true and the goal has been, and still is, to have a machine perform the same image functions which humans do quite easily. In reaching this goal we have learnt about the human mechanisms and how to apply this knowledgetoimageprocessingproblems. Althoughthereisstillalongwayto go, we have learnt a lot during the last ?ve or six years. This new information andsomeideasbaseduponithasbeenaddedtothesecondeditionofourbook The present edition includes the theory and application of two cortical models: the PCNN (pulse coupled neural network) and the ICM (intersecting cortical model). These models are based upon biological models of the visual cortex and it is prudent to review the algorithms that strongly in?uenced the development of the PCNN and ICM. The outline of the book is otherwise very much the same as in the ?rst edition although several new application examples have been added. In Chap. 7 a few of these applications will be reviewed including original ideas by co-workers and colleagues. Special thanks are due to Soonil D. D. V. Rughooputh,thedeanoftheFacultyofScienceattheUniversityofMauritius Guisong,andHarryC. S. Rughooputh,thedeanoftheFacultyofEngineering at the University of Mauritius. We should also like to acknowledge that Guisong Wang, a doctoral c- didate in the School of Computational Sciences at GMU, made a signi?cant contribution to Chap. 5. We would also like to acknowledge the work of several diploma and Ph. D. studentsatKTH,inparticularJennyAtmer,NilsZetterlundandUlfEkblad.
Läsglädje för alla, varje dag