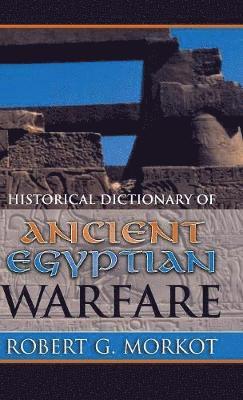 This Dictionary covers the period from the emergence of the Egyptian state around 3000 BC to the Arab conquest in the mid-7th century AD. The book is divided into three main sections. An introductory section includes a chronology of Egypt, with all known military actions, and an essay highlighting the problems of the surviving evidence and its interpretation, and the major changes in military technology and organization over the period involved. The central section covers a wide range of issues including, pharaohs for whom military activities are documented; foreign rulers and countries against whom the Egyptians fought, or who invaded Egypt; weapons and military technology; major archaeological sites; gods and goddesses associated with warfare; arms trade; literature; and social advancement. The third section is a detailed bibliography of the historical phases and archaeological sites, and the broader subject areas covered by the dictionary. There is a series of maps of Egypt and the surrounding regions, and a kinglist with rulers and their dates, and the dynasties and kingdoms to which they are assigned by Egyptologists. This reference is aimed primarily at students and the interested reader. It presumes no detailed knowledge of ancient Egypt. The arrangement of the book as a dictionary means that it can be used on its own as a research tool, or in conjunction with other works, such as histories, or translations of Egyptian texts. The user can find concise definitions and descriptions, and brief accounts of military actions. Through the cross-referencing of each entry, and in conjunction with the bibliography, the user can pursue the wider issues and find more detailed studies.
Läsglädje för alla, varje dag