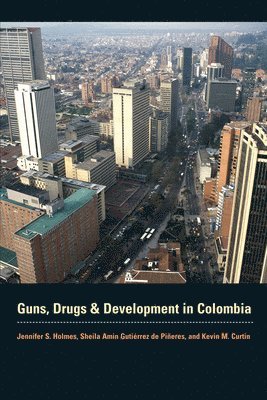 Guns, drugs, and development in colombia

For decades, Colombia has contended with a variety of highly publicized conflicts, including the rise of paramilitary groups in response to rebel insurgencies of the 1960s, the expansion of an illegal drug industry that has permeated politics and society since the 1970s, and a faltering economy in the 1990s. An unprecedented analysis of these struggles, Guns, Drugs, and Development in Colombia brings together leading scholars from a variety of fields, blending previously unseen quantitative data with historical analysis for an impressively comprehensive assessment. Culminating in an inspiring plan for peace, based on Four Cornerstones of Pacification, this landmark work is sure to spur new calls for change in this corner of Latin America and beyond.