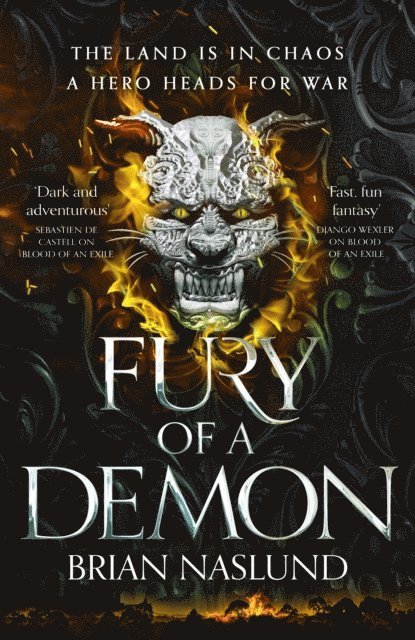 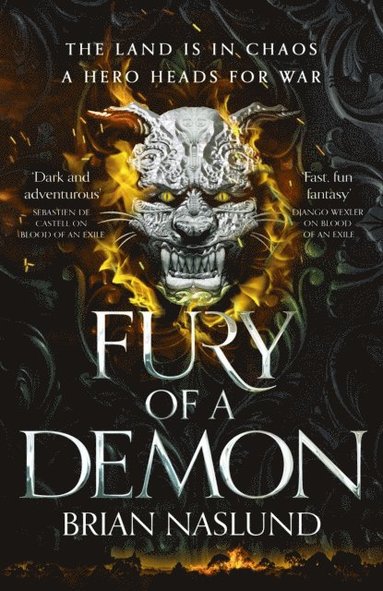 Fury of a Demon

Fury of a Demon is the thrilling conclusion to the Dragons of Terra trilogy by Brian Naslund. 'Part Game of Thrones, part superhero epic . . . a cinematic fantasy whirlwind' - Sebastien de Castell on Blood of an Exile The land is in chaos as a hero heads for war. Commanding a devastating army of skyships, Osyrus Ward has conquered most of Terra. And to finish the task, he's building a machine of unparalleled power. With it, he'd be unstoppable - and dragons would be wiped from the face of the earth. Bershad and Ashlyn are leading a desperate rebellion, but they've been trapped within the Dainwood by Ward's relentless mercenaries. The rebels pray Ashlyn's dark magic will give them an edge, but her powers are well-known to their enemies as they draw ever nearer. Out of options, Ashlyn must embark on a dangerous mission to save her fledgling army - or be crushed by Ward's soldiers. Bershad was once invincible in battle, but this very power may prove his undoing. Now, with every new wound, his humanity is slipping further away. Bershad seems to be Terra's last and best hope against terrifying forces. But to save the world, will he become the nightmare? 'Exciting, epic and wonderfully told, full of subtle humour and laugh-out-loud lines' - Angus Watson on Blood of an Exile Fury of a Demon follows Blood of an Exile and Sorcery of a Queen.
Läsglädje för alla, varje dag