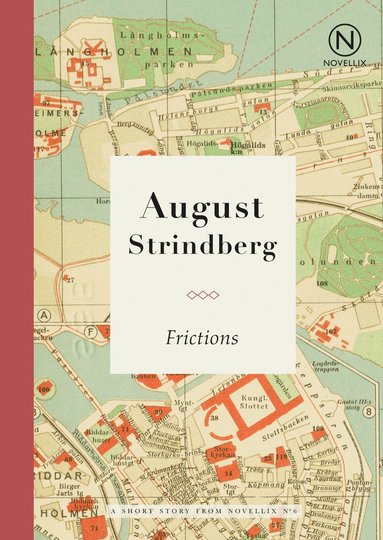 And he fell on his knees and worshipped her; he said that he did not care if the administration of prisons and the school for black sheep went to the devil; he did not know what manner of woman she was; he only knew that he loved her.
She replied that she had nothing but contempt for him, and went helter-skelter to Paris. He followed at her heels.

August Strindberg (b. 1849 in Stockholm, d. 1912) is one of Sweden's most influential writers and is often considered the father of modern Swedish literature. Besides his famous novel, The Red Room (1879), this prolific playwright, novelist, poet, essayist and painter wrote over sixty plays and more than thirty works of fiction, autobiography, history, cultural analysis and politics.
Strindberg's career spanned over four decades, and his work often drew directly on his personal experience. Although married to three different ambitious, career-minded women, Strindberg insisted that a woman's place was in the home. Thus, he lost the support of many liberal friends. His articles on politics, religion and literature resulted, in 1910, in the "Strindberg Feud", a press feud that lasted for two years.

Frictions is one of four books with short stories by Sweden's most beloved authors: Astrid Lindgren, August Strindberg, Selma Lagerlöf and Stig Dagerman. A quartet of classic Swedish literature!