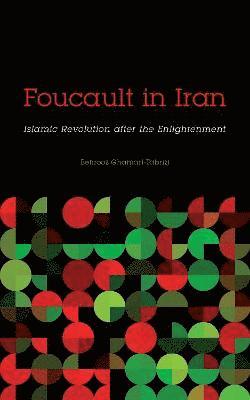 Were the thirteen essays Michel Foucault wrote in 1978-1979 endorsing the Iranian Revolution an aberration of his earlier work or an inevitable pitfall of his stance on Enlightenment rationality, as critics have long alleged? Behrooz Ghamari-Tabrizi argues that the critics are wrong. He declares that Foucault recognized that Iranians were at a threshold and were considering if it were possible to think of dignity, justice, and liberty outside the cognitive maps and principles of the European Enlightenment. Foucault in Iran centers not only on the significance of the great thinker's writings on the revolution but also on the profound mark the event left on his later lectures on ethics, spirituality, and fearless speech. Contemporary events since 9/11, the War on Terror, and the Arab Uprisings have made Foucault's essays on the Iranian Revolution more relevant than ever. Ghamari-Tabrizi illustrates how Foucault saw in the revolution an instance of his antiteleological philosophy: here was an event that did not fit into the normative progressive discourses of history. What attracted him to the Iranian Revolution was precisely its ambiguity. Theoretically sophisticated and empirically rich, this interdisciplinary work will spark a lively debate in its insistence that what informed Foucault's writing was not an effort to understand Islamism but, rather, his conviction that Enlightenment rationality has not closed the gate of unknown possibilities for human societies.
Läsglädje för alla, varje dag