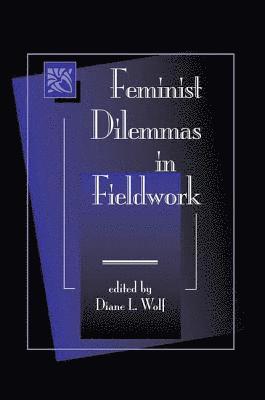 Fieldwork poses particular dilemmas and contradictions for feminists because of the power relations inherent in the process of gathering data and implicit in the process of representation. Although most feminist scholars are committed to seeking ethical ways to analyze women and gender, these dilemmas are especially acute in fieldwork, where research often entails working with those who are in less privileged positions than the researcher. Despite attempts by feminist scholars to conduct more interactive and egalitarian research, they have rarely been able to disrupt the hierarchies of power. This book offers an interdisciplinary exploration of the kinds of dilemmas feminist researchers have confronted in the field, both in the United States and in Third World countries. Through experientially based writings, the authors unravel the contradictions stemming from their multiple positions as "insiders," "outsiders," or both, and from attempts to equalize the research relationship and, in some cases, to ameliorate the situation of those studied. The introductory essay includes an extensive review of the literature.
Läsglädje för alla, varje dag