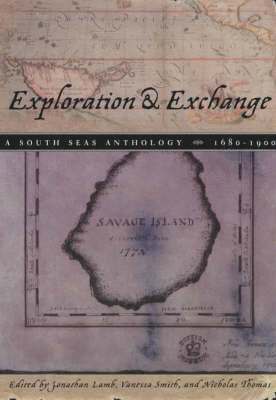 As my sense of the turpitude and guilt of sin was weakened, the vices of the natives appeared less odious and criminal. After a time, I was induced to yield to their allurements, to imitate their manners, and to join them in their sins . . . and it was not long ere I disencumbered myself of my European garment, and contented myself with the native dress. . . .--from Narrative of the late George Vason, of Nottingham As George Vason's anguished narrative shows, European encounters with Pacific peoples often proved as wrenching to the Europeans as to the natives. This anthology gathers some of the most vivid accounts of these cultural exchanges for the first time, placing the works of well-known figures such as Captain James Cook and Robert Louis Stevenson alongside the writings of lesser-known explorers, missionaries, beachcombers, and literary travelers who roamed the South Seas from the late seventeenth through the late nineteenth centuries. Here we discover the stories of the British buccaneers and privateers who were lured to the Pacific by stories of fabulous wealth; of the scientists, cartographers, and natural historians who tried to fit the missing bits of terra incognita into a universal scheme of knowledge; and of the varied settlers who established a permanent European presence in Polynesia and Australia. Through their detailed commentary on each piece and their choice of selections, the editors--all respected scholars of the literature and cultures of the Pacific--emphasize the mutuality of impact of these colonial encounters and the continuity of Pacific cultures that still have the power to transform visitors today.
Läsglädje för alla, varje dag